The new Taoiseach (Prime Minister) Leo Varadkar  has increased the weekly allowance of asylum seekers by €2.50 per week.

I hope this measure will be seen as a small gesture to migrants that the Government will be more compassionate to their needs and sensitive to their aspirations in the future.

Leo Varadkar offers a ‘small gesture‘ to asylum seekers while the private contractors in the lucrative business of direct provision are enjoying millions of profits each year.

While ordinary people in the system are left to suffer from lack of public provisions and duty of care, private companies enjoy millions of profits from this suffering. Direct Provision as a business has turned the state’s duty of care to victims fleeing war and oppression into profits for private companies.

The Direct Provision System was established in 2000 as a 6 month temporary measure to deal with asylum seekers coming to Ireland. It forces asylum seekers to live on €19.10 weekly (increased to €21,60) state allowance in terrible accommodation conditions without the right to work or access to third level education.

There are more than 4,500 people in Direct Provision centres, including around 1,000 children. 17 years on this inhumane system has become a permanent entrapment for asylum seekers and has turned into a profit making businesses for the private companies running the centres.

According the to Department of Justice figures, in 2016 Mosney Holidays and East Coast Catering received more than €7 million each from the state contracts.  Between 2002-16 Mosney Holidays received a total of €119.4 million and East Coast Catering €115 million. Like many other contractors in the business of Direct Provision, these companies, thanks to their foreign held accounts, don’t have to declare their profits.

As in everything else there are huge public funds available for private companies to do the ‘dirty’ work of Direct Provision. These sums are wasted money that could be used to provide housing and other social services for asylum seekers. But this is a price Irish governments are willing to pay to keep the system in place.

In fact the entire asylum system is based on one main principle: keeping the asylum seekers out. If possible, out of Ireland altogether, but, if that fails, out of sight and out of public and social life, in other words, out of minds. It is designed to ensure asylum seekers don’t sink roots in this country.

It must end now! 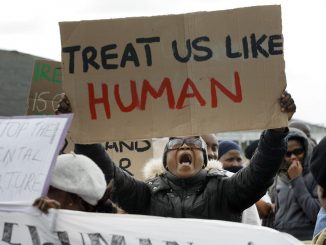 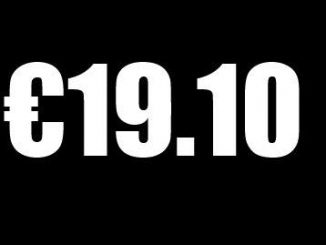