The barbarism perpetrated by Trump on the Mexican border has provoked global outrage, especially and importantly within the US itself. When actions are so visibly awful that they produce an objection from Laura Bush, who happily stood over her husband’s wars from Afghanistan to Iraq and beyond, you know something is going on. And something is going in protests across America at airports, ICE offices and many other places.

The fact that Trump  has announced a retreat, making a statement saying he will do what a day or two ago he said was impossible, namely sign an executive order stop the separation of children from their parents, shows that even this cruel and callous bully is not immune to the pressure of people power, particularly when it threatens his party’s votes.

This is good and we should take heart from it.

Yes it’s true that Trump’s cruelty is not, objectively, anything new compared to the more quietly practiced cruelties of Obama and Clinton (whose honourary degree at Trinity will be protested on Friday 22 June) with their drones and deportations or the atrocities of Israel against the Palestinians. It is also true that the US, founded on genocide of its First Nations, built on slavery, matured on Jim Crow and the exploitation of its workers, and consolidated as a global empire through terroristic wars from Hiroshima to Korea to Vietnam to Afghanistan, to Iraq, to Libya, has had oceans of blood on its hands since its inception. Nevertheless people respond to the immediate – that is how mobilization from below and people power on the street mainly works. So it is excellent that people are protesting this current barbarity internationally.

In this context it is important to stress that Trump’s retreat does not in any way signify either a real change of heart or a resolution of the problem. Over 2500 children have already been kidnapped from their parents and they are not being returned. Many of the children in cages are still in cages – under glaring lights that remain on 24/7 – while others are being dispersed to ‘centres’ and ‘foster care’ across the country. Moreover, the dreadful policy which led to the kidnapping of the children in the first place is still in place, which means it will be resumed in the future. This is why the present protests should continue and be intensified.

It is to be hoped that when Trump comes to Britain on 13 July he will be met with massive opposition and that in the US the resurgent popular movement can drive him from office.  This is doubly important because it is also clear that his mere presence in the White House is inspiring and encouraging racism, misogyny and fascism internationally in a way that is a threat to us all. 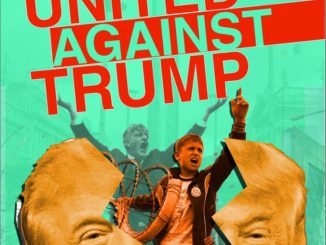 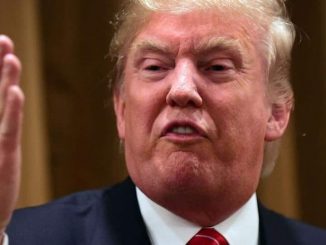